"This is the most famous collection of
chefs ever assembled outside of China," said CRA founder Craig Stowe in
an interview. "They were all intrigued and excited. They know there’s a
big Chinese population here and that food is important to them. They
know the best Chinese food outside of China is in Vancouver." Some would
say Vancouver outshines China because of the quality of products.

"We
took the chefs to lunch at The Keg restaurant (at 688 Dunsmuir St. in
Vancouver) and they were stunned by the quality of beef. They thought it
was spectacular. It was Triple A Alberta filet mignon," says Stowe.
"They know B.C. Dungeness crab, absolutely, they know Alberta pork, they
know geoduck and they know we have spectacular seafood. The next step
is to showcase Canadian beef." Some 90 tonnes of seafood is exported to
China from Vancouver every week, says Stowe.

Now in its sixth
year, the CRA is the go-to guide to Chinese food in Metro Vancouver for
locals and tourists alike. Visitors to the website
chineserestaurantawards.com are split evenly between locals and
tourists.

"Most people have no idea how staggeringly important having good Chinese restaurants is to the B.C. economy," says Stowe.

"The
high quality and variety separates Vancouver and Richmond from every
city in the Western world. It’s our secret weapon in attracting
investment, trade and tourism.

"A lot of people in government and tourism don’t realize it generates interest in business and visits to the city.

"It’s
a mecca and it’s important for investment and immigration. All business
in China is done around a table over lunch or dinner."

This year,
the CRA gave awards for 10 signature dishes in nine categories, down
from the 24 in previous years. Dynasty Seafood on Vancouver’s West
Broadway took two awards – one for the geoduck, done two ways and
another for the hand-shredded chicken with bamboo.

"Diners
discover restaurants and signature dishes they’d never have tried
without the direction of the Chinese Restaurant Awards," says Stowe.
"Local Chinese diners and chefs say they trust the results.
Award-winning restaurants experience a spike in their

sales as a
direct result of media exposure and there’s a sense of pride that
Vancouver and Richmond are recognized as having the best Chinese food
outside of China by the international press."

The awards are like a
shot of adrenalin for local Chinese chefs. Culturally, they hesitate
from tooting their own horns, but the CRA inspires them to up their game
and to use Canadian ingredients.

On the same day, the CRA gave awards for 10 signature dishes in Toronto.

"We want to make sure this is a national organization," says Stowe.

This year, the CRA Award gala was held at the Four Seasons Hotel.

"They’re the only first-class hotel with a Chinese
kitchen," Stowe says. The Gold Medal Dinner, at $5,000 per table, was a
scholarship fundraiser for Vancouver Community College’s Asian Culinary
Program.

"They’re all superstars and it’s not about personality or television," says Stowe. "These guys are the real thing."

Last
month, The Diners’ Choice Awards, another component of the CRA, gave
awards to 20 dishes after 20,000 people cast votes online. 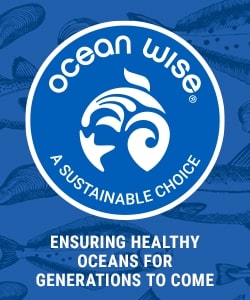