(Vancouver, BC) – Who says that the Canadian electorate is apathetic? Perhaps they just need something meaningful for vote for? Apathy was nowhere in evidence with voting for the second annual HSBC Diners’ Choice Awards. More than 9,300 votes were cast in 15 award categories. Good food, good taste and the art of dining well are very important topics in cuisine-crazy Metro Vancouver. We take eating very seriously.

The HSBC Diners’ Choice Awards are one of two components of the Edgewater Casino Chinese Restaurant Awards. The other is the Critics’ Choice Signature Dish Awards which will be announced at a gala event scheduled to take place following the 2010 Olympics.


“Good food is an essential element of Chinese culture,” says Critics’ Panel Chair Stephanie Yuen. “The freshness of ingredients, balance of flavours, and subtlety of dishes are all hotly debated topics amongst Asian diners. It is no surprise to us that the Chinese community embraced the CRA so enthusiastically, but we are thrilled that mainstream society is also passionately involved in voting for their favourite restaurants.”

Many of the winning restaurants are to be found in Richmond. In fact 56 percent of the winners come from Richmond with Alexandra Road being a hotbed of culinary excellence – six winners come from that one street! For true Chinese cuisine cognoscenti, Richmond is a Mecca for the best dining in Metro Vancouver. “There is such a strong Asian restaurant culture in Richmond that it is no surprise to us that many of the winners are to be found there” comments Ms. Yuen. “Now that the Canada Line is running, it is even easier for people from Vancouver to come and explore Richmond’s rich culinary offerings.” 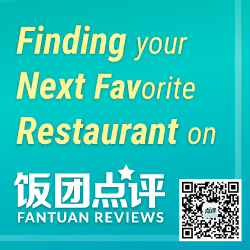