Founded in 2008, Chinese Restaurant Awards are now the longest-running Chinese culinary awards event in the world. The Awards are rooted in two challenging yet humble goals: to raise the public’s awareness of quality Chinese and Taiwanese cuisine available in Metro Vancouver and to create a platform for cross-cultural culinary exchange and deeper understanding of Chinese and Taiwanese culinary influence.

Today, the Awards are considered the authority on Chinese and Taiwanese food, serving as a restaurant and dining guide for local and visiting food lovers of Metro Vancouver. They are divided into three components: Critics’ Choice Signature Dish Awards (awarded by a panel of distinguished food writers and industry influencers), Social Media Choice Awards (formerly “Food Bloggers’ Choice Awards”, awarded by a panel of top-ranking foodie pro-social media members), and the publicly chosen Diner’s Choice Awards. In 2013 & 2014, Greater Toronto, another hub for Chinese food, was selected to be part of the Awards.

The team behind the Chinese Restaurant Awards

consists of food, media, and marketing professionals who are Chinese food enthusiasts with a strong passion for promoting regional Chinese cuisine in North America. During the past years, the team has achieved many milestones, bringing the public exciting culinary events such as the Signature Dish Dining Festival (the first Chinese dining festivities in Metro Vancouver), Chinese Master Chefs Gold Medal Dinner, and Chinese Restaurant Awards Scholarship. 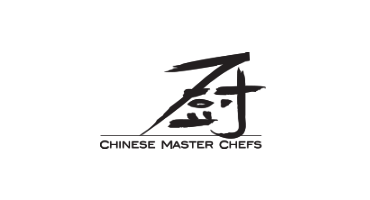 Skillful, creative, and passionate, these are some of the qualities of a great chef. Yet, gaining the title of a master requires so much more. The Chinese Restaurant Awards created the Chinese Master Chefs program to honor talented chefs who not only have achieved success in their own rights, but also value traditions and blaze a trail for many aspiring young chefs in the Chinese culinary industry. Through this program, the public can learn about the Masters’ culinary journeys and their creative use of Canadian freshest ingredients.

The Master Chefs and their Culinary Creations | Browse the Recipes

Established in 2014, the Chinese Restaurant Awards Scholarship has provided financial aid to students who enroll in Vancouver Community College’s Asian Culinary Arts program and are passionate about a career in the Chinese culinary industry.
On March 2nd, 2016, BC Hospitality Foundation joined in as new sponsor of the Chinese Restaurant Awards Scholarship. At the 2018 awards ceremony, restauranteurs, partners, and guests helped raise CAD 10,000 for the scholarship. 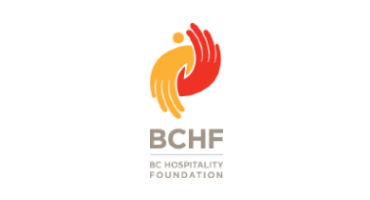 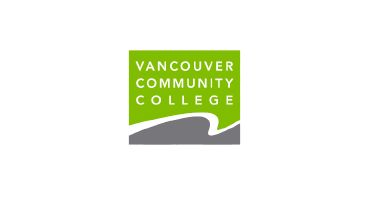 January 26: The awards was once again invited by St. Paul’s Foundation to organize the Vancouver Chinese awards winning chefs tasting presentation at the 2019 Scotiabank Feast of Fortune Charity Gala for the Mount Saint Joseph Hospital.

May & June: The awards organized “DINING by the Awards”, a new series of four stellar dining events that encompassed the talents of Vancouver’s fourteen culinary masters and artists in Canadian, French, Thai, Asian fusion and Cantonese cuisines.

October: The Awards headed to Shanghai, Suzhou and Hangzhou to document the latest trending culinary scene in the region. #TastePVG #TasteSZV #TasteHGH

November: The awards celebrate the completion of the year with the annual finale of DINING by the Awards”. Chinese Master Chef Sam Leung and Singapore’s Master Chef Wu Hai Feng were the collaboration party.

February 3: The awards was once again invited by St. Paul’s Foundation to organize the Vancouver Chinese awards winning chefs tasting presentation at the 2018 Scotiabank Feast of Fortune Charity Gala for the Mount Saint Joseph Hospital. The charity gala raised $880,000 for the hospital’s urgently needed equipment.

February 3: The awards were the fundraiser, and the organizer of Vancouver Chinese awards winning chefs tasting presentation at the 2017 Scotiabank Feast of Fortune Charity Gala by Tapestry Foundation for Health Care The charity gala raised $880,000 for the hospital’s Surgical Program.
February 7: Co-presented with the Hong Kong Tourism Board (HKTB), TasteHKG is the first contest that offers Canadian social media influencers the rare opportunity to meet the new visionaries of Chinese cuisine outside of Canada and to discover Hong Kong through a five-day trip with exclusive insider tastings and tours. The winner, the ambassador, is Emma Choo, who won with the most voted by the public and the result was announced on March 4th. She had completed  her journey at mid of July and shared her experience through her social network and the media. Follow her on Instagram.
November: Supported by Shangri-La Hotels & Resorts and Hong Kong Airlines, TasteHGH Hangzhou and TasteSHN Shanghai are the continued chapter of #Taste the city series. #TasteHKG’s first runner up Melly Woo completed the journey to discover the current Chinese culinary trend in the two of the most vibrant food cities in Mainland China. Follow her on Instagram.

January 29 & 30: The Awards collaborated with Shangri-La Hotel Paris, Shangri-La Hotel Vancouver and Market by Jean-Georges to present the ultimate “East meets West” dinner. Experience this culinary art at its finest, as these Michelin-starred Chefs Christophe Moret and Samuel Lee Sum from Paris conjured up works of gastronomic wonder in collaboration with Vancouver’s most renowned pastry Chef Thomas Haas and Shangri-La Hotel Vancouver’s very own Executive Chef Ken Nakano. The silent auction was for raising fund for Mount Saint Joseph Hospital’s busy Emergency Department. Learn more about the event.
February 6: The awards were the fundraiser, and the organizer of Vancouver Chinese awards winning chefs tasting presentation at the 2016 Scotiabank Feast of Fortune Charity Gala by Tapestry Foundation for Health Care The charity gala has the goal to raise $800,000 for the hospital’s busy Emergency Department.
March 2: BC Hospitality Foundation joined in as new sponsor of the Chinese Restaurant Awards Scholarship at Vancouver Community College.
December 2: The Awards relaunched Chinese Master Chefs with “East Meets West Vancouver Collaborative Feast“. 130 guests and media joined to witness the culinary mastery of newly bestowed Chinese Master Chef Sam Leung and Canadian culinary icon Chef Ned Bell. One term’s tuition fee was raised for the Awards scholarship at the VCC’s Asian Culinary Arts Program through the silence auction.

Launch of the Food Bloggers’ Choice Awards (renamed to be “Social Media Choice Awards” from 2016 Awards)
Support local charity: As the fundraiser, and organizer of awards winning chefs tasting presentation at the 2015 Scotiabank Feast of Fortune Charity Gala by Tapestry Foundation for Health Care The chefs’ participation contributed to be one of the impressive reasons of the record-breaking fund raised at the event (43% increase than its 2014 event)

Chinese Chef of the Year Competition